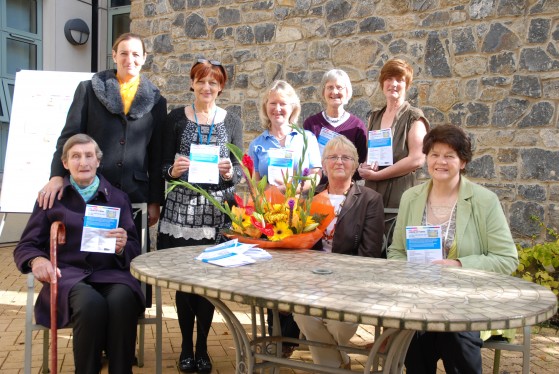 In celebration of All Ireland Poetry Day on 4 October 2012, Naas General Hospital Arts Committee has been coordinating the project A Menu of Poems – 2012 on behalf of the Arts and Health Coordinators of Ireland. A number of both established  and emerging poets were invited to donate work for this project which was edited by Kildare based poet Mae Leonard. This anthology, initially conceived by the Waterford Healing Arts Trust, has been running for the past three years and is supported by Poetry Ireland.

Copies of the small anthology will be distributed on meal trays for inpatients and available for service users including staff, visitors and outpatients, in a variety of healthcare facilities.

The anthology was launched with readings by poets Mae Leonard, Ann Egan, Clare Ging and Brid Brophy and staff and members of the Arts Committee at the Day Hospital, Naas General Hospital on 26 September 2012 and assited by Clinical Nurse Manager Breda Goode.

It has been co-ordinated by the Naas General Hospital Arts Committee and kindly supported by Poetry Ireland.