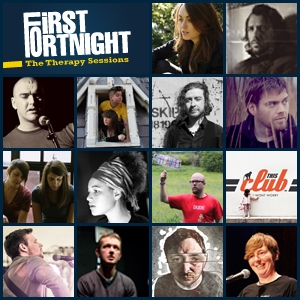 Highlights of this year’s festival include ‘Please Can You Make Some Noise for … Mental Health’ – a panel discussion featuring British contemporary artist Stuart Semple and other high-profile speakers with personal experience in relation to mental health; Jonathan Caouette’s award-winning documentary Tarnation about growing up with a mother with schizophrenia; and DE:TOX, an exhibition of work aimed at challenging perceptions of mental health from visual artists Glen Neath, Sinead McDonald and Melissa Lavender.

The ‘Therapy Sessions’, a series of music, poetry and spoken word performances, will take place at the Workman’s Club on 2, 4 and 11 January. There will be live sets from LeGalaxie, We Cut Corners, Kopek, Verse Chorus Verse, Vann, Róisín O, This Club, dREA, The Man Whom, Chris Campbell and Dylan Tighe, who will perform songs from RECORD, his raw and immediate take on his personal history of mental health diagnoses.

Launching the official festival programme, Dublin City Arts Officer Ray Yeates said: ‘First Fortnight brings to the fore the healing power of creativity and cultural practice. Mental health difficulty is part of life and the Arts, as it does with many other issues, can express all of the complexity involved.’

Orla Barry, Director of Mental Health Reform, commented: ‘It is so important to have an open conversation about mental health. It is this openness that will contribute to the cultural change needed to transform Ireland’s mental health services.‘

First Fortnight co-founder and project manager JP Swaine added: ‘We are particularly excited by the launch of the First Fortnight Centre for Creative Therapies and the growth of the organisation from an arts-based event to a fully-fledged facility helping vulnerable members of our society cope with mental health problems.‘