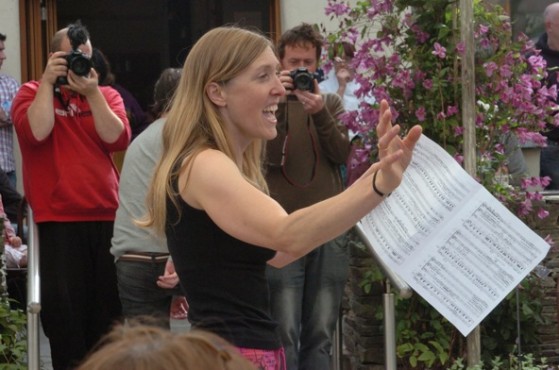 On 10 October, the West Cork Mental Health Forum, in association with the HSE, present West Cork Sound and Vision; a celebration of the Arts and Wellbeing to mark World Mental Health Day. Taking place in the West Cork Hotel, Skibbereen from 11am to 3pm this free event brings together arts and health practitioners to deliver inspirational talks, workshops and performances across a broad spectrum of artistic mediums. The event will open with a talk by Prof. Pat Bracken, Clinical Director of West Cork Mental Health Services.

Just some of the events taking place will be a screening of Another Way Home – a film about the triumph of will, a lust for life and the right to live it with dignity.  It recounts the extraordinary story of how the mother of a schizophrenic girl creates an alternative environment to the psychiatric system. The film challenges current methods of psychiatry and attitudes to mental illness.  Another Way Home was directed by Michael Twomey and was chosen for selection at the 2012 Cork International Film festival.  It also features Irish Broadcaster and Journalist, Vincent Browne, renowned Professor of Psychiatry, Ivor Browne and is narrated by Academy Award Winning Actor, Jeremy Irons.

The Baltimore Singers, whose repertoire ranges from Coldplay to Dolly Parton, will also perform.  Katy Salvidge, Musical Director of the Baltimore Singers will facilitate a participation- based vocal workshop inspiring the people of West Cork to sing! Katy began her singing career in the National Youth Choir of Great Britain under Michael Brewer performing in such venues as the Royal Albert Hall.  She spent 8 years in Los Angeles working as a session musician (tin whistle soloist on the Academy Award nominated score for Good Will Hunting) and as an orchestrator for film scores. Following on from this workshop, plans to form a community choir, to be based in Bantry in association with the West Cork Mental Health Forum will be announced.

An art workshop will be facilitated by Charlotte O Donovan and The Next Step’ arts organisation, which aims to promote self-esteem for people who experience emotional and mental health difficulties in their lives. This workshop will take place on the Cumasú/Wellness Bus, which will be parked outside the West Cork Hotel for the day. There will also be poetry and music with Joe Horgan and Adrian Boyle. Alfred O’ Mahony, the author of The Way We Were: A Story of Courage, Hope and Survival will be a guest speaker and artworks from an arts and health initiative supported by County Cork Vocational Education Committee will be exhibited.