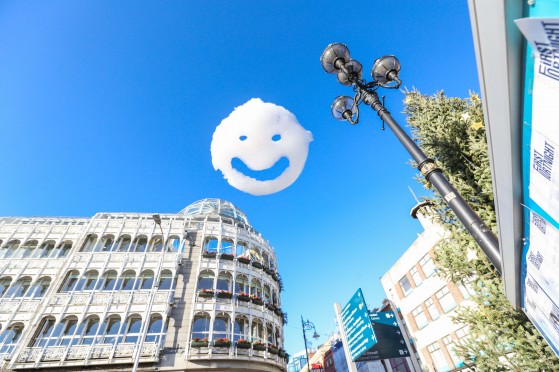 First Fortnight, the 10-day mental health arts festival, kicked off on Thursday 2 January 2014. RTE broadcaster Marian Finucane; athlete David Gillick; filmmakers Peter Sheridan and Lenny Abrahamson; Heathers; Gavin James and Come On Live Long are some of the people taking part in this years festival. First Fortnight is an arts-based mental health awareness project run by a core group of seven volunteers that happens in the first two weeks of every year. This is the fifth year it has been staged.

The festival will include live music, film, theatre and visual arts events staged to create open discussion and understanding of mental health problems, and challenge prejudice and discrimination.  First Fortnight will once again be centred around Dublin’s cultural hub of Temple Bar but will also host visual art events and film screenings in Cork, Cavan, Wicklow, Laois, Limerick, Waterford and Kildare.

First Fortnight co-founder and project manager JP Swaine said: “This is our most interesting and provocative line up for the festival to date and one which we hope leads to new and interesting reasons for people to talk about mental health. Conversations started by ordinary people are the only way we can change the stigma and discrimination that persists in the area of mental health. First Fortnight hopes to inspire these conversations through provocative arts events. We are also really delighted that, despite being entirely run by volunteers, we have been able to bring festival events to seven different counties across Ireland this year.”

Among the highlights of this year’s festival will be:
• British artist’s Stuart Semple’s Happy Clouds – a series of unique, smiley-faced helium clouds that will be unleashed across Dublin City Centre and Cavan town, a region particularly afftected by rising suicide rates
• ‘Over the Bar’ – Sports stars, athletes and mental health – Journalist Jim Carroll chairs a panel that will include former Irish soccer international Richie Sadlier and international track and field athlete, David Gillick, to discuss the issue of mental health in the context of the sports world.
• Dublin Fringe Festival play Dolls, which examines the female role in soceity, negative personal identities, eating disorders and perceptions. Winner of the Fringe’s inaugural First Fortnight Award.
• Lively discussion on mental health services chaired by broadcaster Marian Finucane, No Room at the Inn will see a panel discuss current access to mental health services for people in crisis.
• Nationwide screening and post-show discussion of Silver Linings Playbook – Oscar winning movie starring Jennifer Lawrence and Bradley Cooper which will tour venues nationwide.