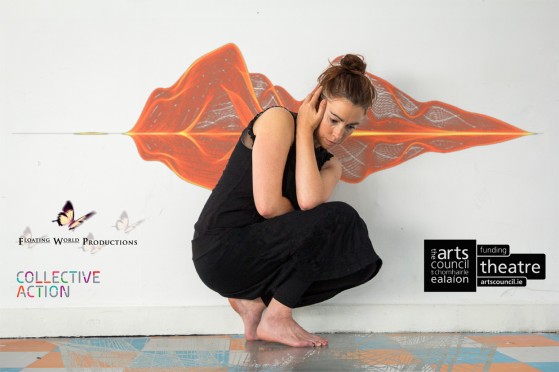 Lunatic: There I Go is a new theatre production that explores resilience and identity in the face of adversity. Created by Andrea Scott and adapted for stage by Gill McCaw, Lunatic: There I Go, is a striking and arresting one-woman show based on the book Bird’s Nest Soup by Hanna Greally. Currently under development, the production explores the story of Hanna’s youth spent in a psychiatric hospital in 1940’s and 1950’s Ireland and is planned to tour in 2015/16 to arts and literary festivals and venues across Ireland.

Supported by the Arts Council’s Theatre Development Award with book rights from Cork University Press, the production will focus on the personal journey of Hanna Greally who was committed to St. Loman’s Hospital, Mullingar by her mother for a ‘short rest’ in 1943. Following the death of her mother six months later and the reluctance of her family to sign her out, Hanna remained inside until 1962 when a newly appointed Superintendent approved her release.

The production’s creative team has been getting to know Hanna beyond the pages of her book and conducting research for the work, including visits to St. Loman’s, the Roscommon home where Hanna spent the last years of her life, and the friends and neighbours who knew and cared for her.

Originally published in 1971, Bird’s Nest Soup gave voice to the hidden stories of thousands kept hidden in care facilities. Dr. Eilis Ward, Lecturer in the School of Political Science and Sociology at NUI Galway, has described the book not only as an important document of women’s history, but also of our social and institutional history. She has explained that Bird’s Nest Soup

“is a unique and personal record of how Ireland secured the civil death and personal mortification of thousands of its citizens.”

For a period the book made Hanna a minor celebrity as it both shocked and educated Ireland about the stigma of mental health and the ways in which our institutions served our society.

Production creator, Andrea Scott explains her drive to bring this story to the stage:

“Countless people have lost their identities within the walls of institutions. Many were discarded and betrayed by those they thought cared for them. Hanna gave a voice to these through her courage in publishing her story. I want to bring Hanna’s identity to the stage and allow audiences to experience her story in a visceral way.”

With interactive projection, body-driven performance, an original score and a text-based narrative, Lunatic: There I Go will engage audiences in the world of Hanna’s mind, touring to both traditional and non-traditional theatre settings.

“… about someone who is reckoning with who they are as they hold strong in the face of adversity.”

“Hanna’s story is our story. With Hanna’s experience translated to theatre, we are afforded the opportunity to reflect in a collective space and moment, on adversity and our capacity to overcome, as individuals and as a society.”