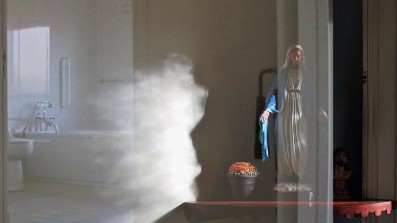 A soulful and stirring film that maps a twilight world of loss and change, E.gress explores how individuals diagnosed with dementia find new ways to adjust to a changing world. Produced by artist Marie Brett and musician Kevin O’Shanahan following an intensive collaboration with the Alzheimer Society of Ireland, the film is currently touring Ireland supported by an Arts Council Touring Award and will be exhibited at The Model, Sligo from 3 March – 28 April 2016.  END_OF_DOCUMENT_TOKEN_TO_BE_REPLACED

The Arts Council’s Project Awards will support specific project activities in Arts Participation to commence in the second half of 2016. The Arts Council has identified the following as strategic priorities for support through this award: Projects that focus on the contexts of health, disability, cultural diversity, older people and communities of place or interest. The deadline for submissions is Thursday 3 March 2016 at 5.30pm.  END_OF_DOCUMENT_TOKEN_TO_BE_REPLACED

KICKING THE BUCKET is a creative and thought-provoking seminar series on funeral practices and personal choices led by visual artist Sinead Dinneen and curator Katie Verling. The seminars will take place over six evening sessions in Limerick from 16 February to 3 May 2016.  END_OF_DOCUMENT_TOKEN_TO_BE_REPLACED

The Bealtaine Festival, Ireland’s national celebration of creativity as we age, is having its 21st birthday this May. For 2016, the theme is Iconic Citizens, which continues Bealtaine’s three-year exploration of Nationhood and Citizenship and specifically reflects on the first generations of citizens inhabiting the new Irish State. The festival will also consider where we are, culturally, as a maturing nation and people. In addition to official Bealtaine events, groups and organisations can register relevant arts events, workshops, performances and concerts taking place in May 2016 on the Bealtaine website.  END_OF_DOCUMENT_TOKEN_TO_BE_REPLACED