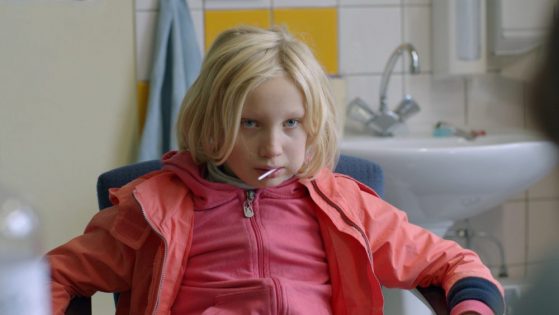 Cork Film Festival’s Illuminate film and mental health strand presents a series of film and public discussion events which explore different aspects of mental health and wellbeing, in partnership with Arts+Minds and HSE Cork Mental Health Service, First Fortnight and ESB. The 2019 Illuminate programme is running from 11-16 November at Triskel Christchurch and The Gate Cinema in Cork City.

Illuminate was initiated in 2014 and is unique in Ireland, presenting an annual programme of three films, a feature, a documentary and a classic film, which explore mental health and wellbeing. Mental health professionals, service users and filmmakers are invited to respond to the films and lead a post-screening discussion, inspired by the films.

There will be a post-screening discussion on 11 November led by Edel Doran of First Fornight and featuring Garda Helen McGrath and Garda Sandra Masterson from Templemore Garda College and Denis Long, Advanced Nurse Practitioner, HSE.

System Crasher (Systemsprenger) | Germany | 13-14 November
Benni (Helena Zengel) is a troubled, confrontational nine-year-old, somewhat abandoned by her exasperated mother and left in the care of social services, where practitioners are running out of options for how to deal with her. She is assigned a school escort, Micha Heller (Albrecht Schuch), who soon offers empathy when everyone else is giving up on her. But will that be enough to help her?

The Sweet Hereafter | Canada | 16 November
When a small mountain community is devastated by a school bus accident that leaves many of its children dead, the arrival of big-city lawyer Mitchell Stephens (Ian Holm) sparks more pain and division. As Stephens sets about manipulating the parents into a class-action suit, whilst dealing with his own private trauma of a drug-addicted daughter, one teenage survivor of the accident (Sarah Polley) has to confront a different kind of damage.
Carmel Winters will present an extended introduction to the film.

Building on the success of Cork Film Festival’s Illuminate film and mental health strand, Cork Film Festival has created a new outreach programme for young people called Intinn, meaning ‘mind’ or ‘way of thinking’ in Irish, which will offer 2000 Transition Year students across Munster a programme of curated film screenings, participative workshops and resources, exploring themes of mental health and wellbeing. Intinn is one of only thirty projects which has been awarded funding by Creative Ireland’s National Creativity Fund. Intinn is funded by ESB Energy for Generations Fund and programme delivery is supported by The Gate Cinemas, UCC School of Nursing and Midwifery, Jigsaw Cork, Spunout.ie and Wildcard Distribution.

The Intinn pilot events took place in The Gate Cinemas on the 10 and 11 September 2019, coinciding with World Suicide Prevention Day. Three hundered Transition Year students from schools throughout Cork City and County had the opportunity to see I Used to Live Here, an Irish feature film by award-winning director Frank Berry about a 13 year old girl which sensitively deals with her experiences of youth suicide clusters in her area and her efforts to cope with grief, relationships, bullying and poverty. The screening was followed by a Q&A with Director Frank Berry to offer young people insights into the filmmaking process and the themes the film explores. A team of mental health professionals from UCC School of Nursing and Midwifery and Jigsaw Cork then invited students to participate in workshops to explore and understand their own wellbeing and resilience skills, inspired by the themes and characters in the film.

The Intinn programme will be rolled out to schools throughout Munster, in Cork, Limerick, Kerry and Waterford in 2020.