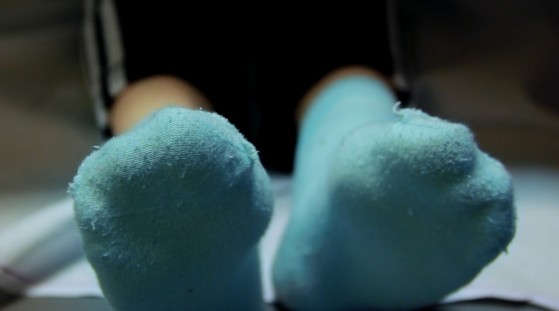 A small moment of magic as brush touches canvas; a glimpse into the creative lives of teenagers living with illness; a poet, a raconteur, and two nurses escaping the clinical confines of dialysis … the documentary films that have been funded by the artsandhealth.ie documentation bursary offer powerful, candid, sometimes funny, often poignant insights into arts in healthcare. We thought we would gather them in one place to offer inspiration at an extraordinary time.

Artist Tom Meskell facilitates the arts programme at Sacred Heart Hospital in Castlebar, Co. Mayo. The Room sets out to explore the small moments of magic that happen in the course of Tom’s art classes, moments that allow for growth for both participants and the artist. Using a fly-on-the-wall approach, this film is a powerful and moving portrayal of the creative experience of long-stay hospital residents who have an acquired brain injury as a result of stroke, accident or conditions such as dementia or Alzheimer’s and reveals the profound impact of the arts programme on their lives.

An intimate portrait of teenagers living with long term illness and the role of artistic practice in healthcare, this documentary follows the Cloudlands artist in residence programme at Temple Street Children’s University Hospital. The Cloudlands Dublin project (2012-2015) was led by Helium Arts, the national children’s arts and health organisation, with artist Rachel Tynan, and sought to give young people an outlet for their creativity and imagination through one-on-one interactions at the bedside. The documentary highlights the creative lives of teenagers on the dialysis unit who collaborated with Rachel over an extended period of time.

“In Cloudlands I’ve kind of learnt that you don’t have to be just one person, you could be anything” – Aimee Louise, aged 12

ANIMA explores visual artist Marie Brett’s research on death and care. Marie traverses questions relating to our understanding of death and dying in contemporary Ireland through personal accounts and interviews with scholars and healthcare professionals. The conversations span medical, philosophical, folkloric and legal perspectives, offering an insight into the intimate and privileged moments of the artist/participant encounter. Marie’s research project Whispers? took place in collaboration with St Francis Hospice, Dublin, UCD School of Social Sciences and Law, and The National Folklore Collection.

The Second Hand of the Clock | 2018
Director: Marielle MacLeman and Tom Flanagan

A poet, a raconteur, and two nurses escape the clinical confines of dialysis to reveal how an Arts and Health programme enhances time and fosters human connection, long after their traces are wiped away by Actichlor. Set against the relentless routine of chronic kidney disease and the leafy grounds of Merlin Park University Hospital in Galway, The Second Hand of The Clock offers an intimate account of Saolta Arts’ dialysis arts programme, which was established in 2012 with an Arts Council Project Award. Made in response to a series of interviews with patients and staff, the film articulates the connection between ‘human’ being and ‘placed’ being in a context that habitually extracts or excludes people from the places and things that matter to them.

Following a two-year residency in St. Joseph’s Unit, Bantry General Hospital, artist Tess Leak collaborated with a group of residents, puppeteer Eoin Lynch and composer Justin Grounds to create Stories from the Well-Field, bringing to life the residents’ poems about enduring childhood friendships. This short observational film captures the remarkable performance by The Well-Field Company which took place in January 2019 at the hospital. The project forms part of the Arts for Health Partnership Programme in West Cork.

“The way the show was created, accessible to all our cognitive differences, meant that nothing more was required of us, only our unique selves.”
– Sarah Cairns, Dementia Care Mentor