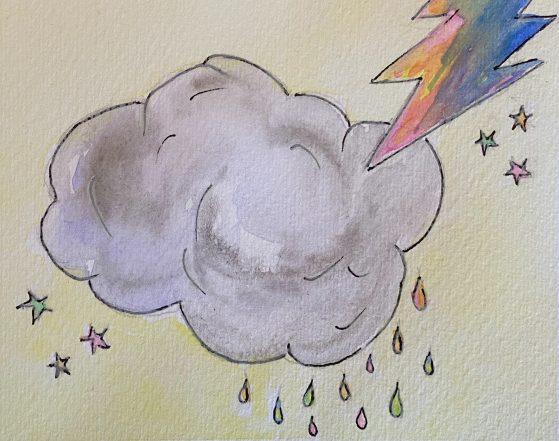 The Waters of March (Águas de Março) is a song by Antônio Carlos Jobim (1927-1994), a Brazilian songwriter, musician and singer. This poetry prescription has been chosen by Charlotte O’Connor, an Occupational Therapist working with the Finglas Community Mental Health Team (CHO9).

The piece I have chosen is a song called ‘Águas de Março’ (‘Waters of March’), written by the Brazilian musician Antônio Carlos Jobim in 1972. It’s a song I first heard about 15 years ago, the melody really stuck with me; at the time I didn’t understand the lyrics as they were in Portuguese. When I later heard the English version I was struck by the simple yet powerful words. The lyrics are non-linear and do not tell a story, rather they present a series of images that form a collage.

The inspiration for ‘Águas de Março’ came from Rio de Janeiro’s rainiest month. March is typically marked by storms with heavy rains that cause flooding. The lyrics and the music have a constant downward progression much like the water flowing in the gutters in the city which typically carry sticks, stones, bits of glass and other everyday detritus. For me it presents a series of everyday occurrences, things that perhaps we take for granted in our everyday environments. This mirrors the focus of my work as an occupational therapist working in mental health. As occupational therapists we focus on daily routines and forming healthy habits which can have a lasting impact on mental health. We focus on supporting individuals to make small changes which over time can make a big difference; this has a basis in occupational therapy theory.

This song reminds me to take notice of the extraordinary in the ordinary; something I have become more aware of lately which aligns with the practice of mindfulness. Having this focus has helped me with the current situation with Covid-19. Adaptation to the situation by altering routines and habits has helped me during this time and is something I have been cognisant of through my work. This song also resonates with the recovery-focused nature of occupational therapy and perhaps re-emerging from the current situation, it provides hope and optimism for the future: “And the riverbank talks / Of the waters of march / It’s the end of all strain / It’s the joy in your heart”.

A version in Portuguese sung by Elis Regina: https://www.youtube.com/watch?v=xRqI5R6L7ow