Acting for the Future 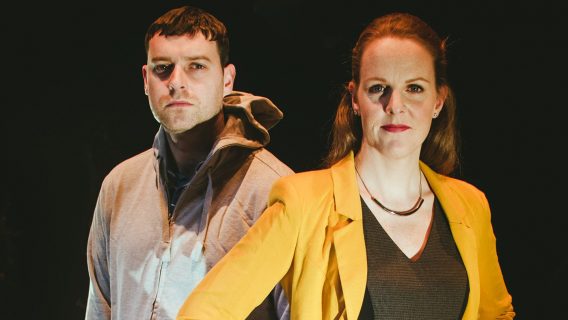 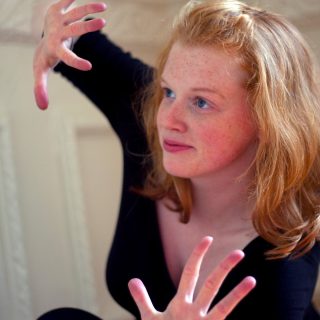 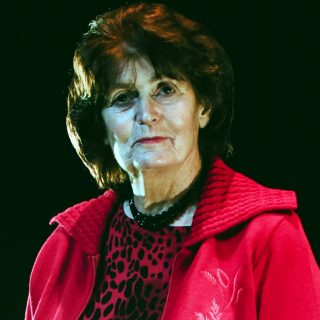 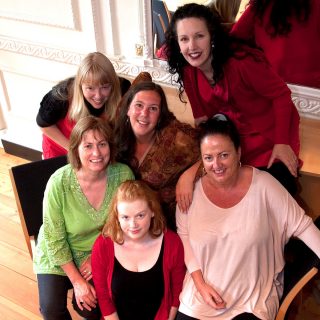 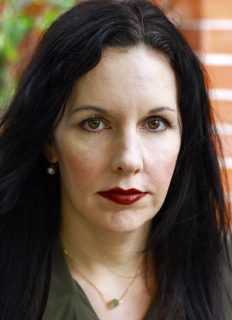 The project is implemented by Smashing Times in partnership with the Samaritans and Irish Association of Suicidology with assistance from a panel of advisors and is delivered in the Republic of Ireland and Northern Ireland with second level schools, universities and with a range of youth and adult groups and the general public.

Participants are senior cycle secondary school students (transition, fifth and sixth class in the Republic of Ireland) and senior cycle in Northern Ireland; students from all years at university level; young people and adults from youth and community groups; and the general public.

The aim of the project is to promote active healthy lifestyles, positive mental health and suicide prevention through creative processes and to work with partners and stakeholders to develop learning in relation to the importance of looking after your mental health.

The project aims to use workshops, performances and discussions to reduce stigma and break down silences surrounding suicide and mental health, to promote and raise awareness of the importance of looking after your physical and emotional wellbeing, to promote active healthy lifestyles, emotional resilience and coping skills and to highlight support services available to those in danger of or affected by mental health issues.

The project increases access to mental healthcare by working in schools, universities and communities throughout Ireland particularly in areas designated as disadvantaged and aims to conduct research with service users to identify needs for future work.

Acting for the Future comprises three main elements: firstly, participative drama workshops for adults or young people; secondly, a performance of original plays called Testimonies (dramatic monologues on mental health) which are presented and then followed by a post-show panel discussion with counsellors, psychologists and invited guest speakers; and, in keeping with best practice, the third element is a full support structure put in place for all events.

There are two types of workshops conducted with both using a variety of fun, experiential and interactive methodologies – games and exercises, image theatre, group discussion, improvisation, brainstorming, and creating and acting out scenarios. The activities enable participants to learn through ‘doing’ and, at the same time, develop a shared ownership of the project’s messages.

Acting for the Future

The first workshop is called Acting for the Future and promotes positive mental health and suicide prevention through creative processes. A trained drama facilitator working in partnership with a qualified counsellor conducts this workshop which was designed by Mary Moynihan and Paul Kennedy, with advice from Joan Freeman, Pieta House, and Karen Ward, Clinical Psychotherapist, and the panel of advisors.

This workshop raises awareness of what positive mental health is and strategies for maintaining and looking after your positive mental health. For the adult workshop, participants learn about the signs and symptoms of suicide and how to respond. For young people, the workshop provides guidance on and promotes the importance of contacting a responsible adult if someone is talking about taking his or her own life. An Information Leaflet on Positive Mental Health and Suicide Prevention is distributed.

The second is a new workshop called Move for Life and is a movement-based drama workshop that engages participants in physical activities that are easily accessible and can be adapted to suit all ages. The games, exercises and movement techniques are fun ways to encourage young people to become more active and are used to raise awareness of links between active healthy lifestyles and positive mental health and wellbeing. The workshop is designed by Mary Moynihan and teaches a basic warm-up routine consisting of fun ways to warm up the body and introduces stretching and flexibility exercises. Participants then engage in aerobic exercises and in a series of movement-based games leading to a discussion on key facts in relation to nutrition, healthy eating and active, healthy lifestyles and exercise habits with links to positive mental health.

Discussion takes place on the Move for Life Information Leaflet given to each person taking part in the workshop which contains key facts and ideas on how to become physically active and information on nutrition and ways to adopt healthy eating and exercise habits. Participants come away knowing how to carry out a twenty-minute physical activity routine with stretches and cardiovascular exercises and relaxation and breathing exercises to help with stress.

The professional theatre performance is the highly acclaimed Testimonies by Mary Moynihan and Paul Kennedy that consists of five dramatic monologues adapted from the experiences of those who have lost loved ones to suicide, and of those who themselves have been through a suicidal crisis and survived. Each performance is followed by a post-show panel discussion with a counselling psychologist and invited guest speakers from the Samaritans and other organisations. Young people and audience members are invited to discuss the issues raised by the performances.

One element which distinguishes the work is the support structure provided. Each drama workshop, performance and post-show panel discussion is facilitated by an experienced facilitator and accompanied by either a qualified senior clinical psychologist, psychotherapist, counsellor and/or members of the Samaritans who are available to talk to people during each event. A qualified counsellor and/or school representative is available on call after each workshop to provide guidance, advice and, where necessary, immediate counselling, support and referrals to the schools and other appropriate counselling services.

Risk assessments and follow-up workshops/activities are conducted and resource material for follow-up work is distributed in schools including an Information Leaflet on Positive Mental Health with contact details for key resource and support agencies. The company links in with key relevant community, voluntary and statutory agencies in the catchment area for each event, including the HSE, SPHE teachers and services and national mental health and suicide prevention strategies.

In relation to the most recent piece developed, working closely with young people and adults for many years and continuously communicating with psychotherapists, the Samaritans and other organisations, the company identified a need for a self-harm performance piece and post-show panel discussion. It was clear that young people had many preconceived ideas about self-harm. The company has done extensive research on the issue and a new monologue was developed called If You Could Read My Mind. The piece follows one young woman’s experience with a friend who becomes withdrawn and uses self-harm as a way of coping. Joan Freeman of Pieta House is endorsing the performance and its huge benefit in terms of raising awareness amongst young people of the issues surrounding self-harm and what young people can do to prevent it.

'Smashing Times approaches a difficult subject with honesty, integrity and sensitivity. This production and the discussion afterwards should be compulsory for all young people. It is Theatre-in-Education at its best.' - Maeve Ingoldsby, Writer and Playwright

In relation to each workshop, performance and post-show discussion that takes place in schools and universities, an evaluation form is distributed to each participant taking part and the artist/facilitator completes a feedback form for each event conducted. The project coordinator liaises with the contact for each school, university and community to conduct verbal feedback, which is then documented.

An independent evaluation was conducted by Arklow Mental Health Week on Acting for the Future which stated that the project was ‘an example of “Best Practice” in how it was organized and delivered' and 'the first point to note and one that is consistent throughout the questionnaire responses was the high value that students gave to this session/event in its entirety'.

The following is selected feedback from participants who took part in Acting for the Future – Be Well Rathmines and Ranelagh, which ran from 8-12 February 2016 and reached 2,280 people. The comments highlight the benefits to people to date:

'I thought the monologue was very powerful. I learned how important it is to contact a responsible adult if I am worried about a friend.'

'I had never heard of the Samaritans before today. I learned a lot about the services they provide. I would like to become a volunteer when I turn eighteen.'

'It was an excellent introduction to positive wellbeing and suicide prevention. It is something I would like to see discussed more in schools.'

'I thought it was great! I had no idea that exercise and eating right could have such an impact on your mental health.'

'The use of drama and discussion was a brilliant way to get everyone involved.'

'It has made me think about how important it is to ask someone how they are.'

'Every student in the country should be able to avail of this workshop.'

'It was truly fascinating to hear how the Acting for the Future Project was born. Using theatre to promote current social issues is a force to be reckoned with.'

'I was a bit hesitant when I heard about the subject matter. However, Smashing Times Theatre Company deliver honest and thought provoking pieces. I see how important it is to discuss and not shy away from.'

'The combination of the raw artistic pieces with the practical informative post-show discussion is very effectively designed.'

'Piece 1: Hauntingly beautiful, amazing production. Piece 2: Loved how she was talking to a counsellor, very realistic. Both were amazing performances.'

'I found that both performances really moved me emotionally and gave an amazing insight into mental health and suicide. The ‘Question and Answer’ after the performances was very good and interesting especially after such emotional pieces of work. Having the Samaritans and counsellor made it very insightful.'

'Today I felt that I discovered things about mental health that I didn’t previously know. I felt it was a very fulfilling and enlightening experience.'

The Samaritans Director Brendan Gallagher has stated that Smashing Times Theatre Company has created something unique that captures audience attention immediately by its relevance to society and young people.

Additional Feedback on the work to date:

'This work is excellent… we don’t do enough emotional training [in schools] and that is why drama is so important, particularly for young people in schools.' - Secondary School Principal, CBS, Westland Row

'I always knew promotion of metal health was important but now I believe that it should be promoted even more and more workshops and performances like this should be available for everyone.' - Second Level Student

'We believe that drama is an extremely effective way of giving teenagers permission to ask some very real questions on the ever expanding issues that surround suicide and self harm  . . . The monologues are extremely effective in expressing the multitude of feelings experienced by those bereaved by suicide and of those with suicidal thoughts. It is very important that they continue to run in schools, youth clubs and theatres around the country.' - The Samaritans on Acting for the Future

Acting for the Future runs on an annual basis and is project funded. A final report and evaluation is completed and distributed to key funders and stakeholders. All activities are documented in terms of attendance sheets, an artist/facilitator feedback form and an evaluation form given to each participant attending the workshops and performances and post-show discussions in schools. A promotional video was created by Smashing Times with High Wire Ltd which can be accessed on Vimeo (password freda): vimeo.com/112842882

Smashing Times Theatre Company featured in the Irish Times’ Health Supplement in February 2016. The article, by Colette Sheridan, highlighted the Be Well Rathmines and Ranelagh Acting for the Future events and included a detailed history of the company’s work and success: http://www.irishtimes.com/life-and-style/health-family/drama-festival-brings-positive-mental-health-to-dublin-stage-1.2521356

Acting for the Future was established in 2005 and continues to run on a yearly basis as the company receives regular requests from schools and communities to continue the workshops, performances and post-show panel discussions.

The Samaritans and Irish Association of Suicidology

Ongoing partnership with the Samaritans and the Irish Association of Suicidology.