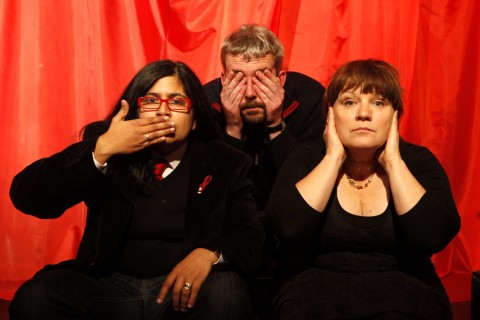 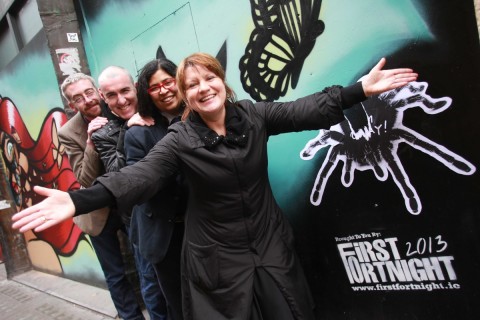 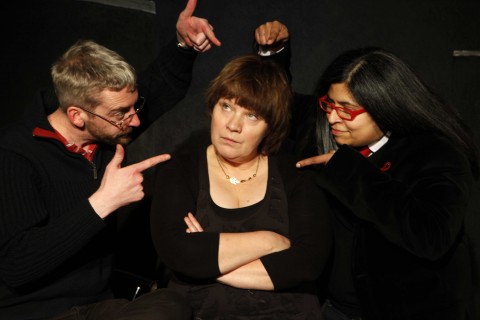 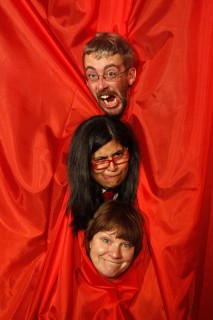 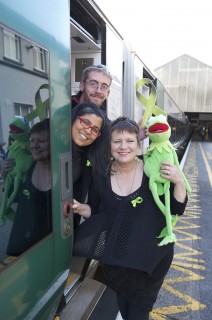 Box of Frogs is a happy play about being sad. Actress Mary McEvoy, comedian John Moynes and broadcaster Dil Wickremasinghe teamed up with writer Isobel Mahon and director Caroline Fitzgerald to share their stories of personal experience with a mental health problem. Box of Frogs has been performed to audiences in a variety of venues across the country including theatres, hospitals, conferences and festivals.

Box of Frogs was based on the authentic content of three people's real-life experiences with the objective of sparking open conversation about mental health problems and challenging stigma in Ireland. In a mixture of stories, comedy sketches and songs, the performers aimed to de-mystify, debunk and ultimately have a laugh with what really goes on inside our heads.

The idea for Box of Frogs was spawned when cast members Mary McEvoy and Dil Wickremasinghe participated in a ‘Soapbox Session’ event during the First Fortnight mental health arts festival in January 2012. Impressed with the power of personal stories in opening minds about mental health problems, the cast members set about writing the stories of their own mental health experiences with playwright Isobel Mahon. Box of Frogs was commissioned by See Change – a partnership of more than 90 Irish organisations working together to change minds about mental health problems and end stigma.

The monologues engage audiences as they travel through each individual’s journey. The recurring theme throughout the piece is how precious our mental health is and how we actively need to look after it and breakdown stigma which prevents so many from seeking help when they need it most.

Box of Frogs has been performed in venues across the country. The play premiered at Dublin's Smock Alley Theatre in November 2012 and featured as part of the First Fortnight mental health arts festival in January 2013, with performances at the Mill Theatre, Dundrum.

In May-June 2013, there was a nationwide tour as part of the Green Ribbon Campaign with the play travelling to Galway, Carrick on Shannon, Navan, Mullingar, Thurles, Cork, Birr, Ennis, Kenmare, Dun Laoghaire and Drogheda.

Evaluation forms were handed out at the end of each show and the data from the national tour in May & June 2013 was compiled into an evaluation report.

The evaluation report of the 2013 tour recorded the following:

The top five things that attendees most enjoyed about the play:
1. The humour
2. The honesty
3. The openness
4. Sharing of stories
5. The realness

Respondents also cited the sincerity, the feeling of solidarity and the totally fresh approach as enjoyable aspects of the play.

The top five most important messages attendees took from the play were:
1. Talk
2. Be open
3. Share
4. Listen
5. Hope

91% of respondents said that this event would change how they behave: 'I will be more open and considerate,' 'It will help me to deal with my partner's problems: every insight helps partners to better understand.'

The full evaluation report of the 2013 tour can be accessed here:  http://www.artsandhealth.ie/wp-content/uploads/2015/01/BOF-Tour-Report.pdf

There was a Q&A seminar at the end of every performance. The team felt strongly that it was important to discuss issues raised during the play with audiences and the actors were happy to take questions.

Press coverage of the play can be found at the Irish Independent and entertainment.ie.

The Community Foundation for Ireland

The Community Foundation for Ireland