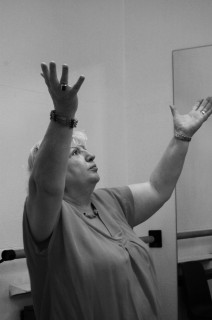 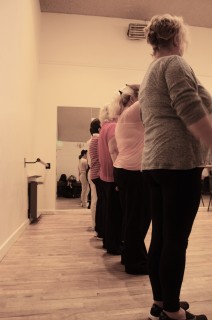 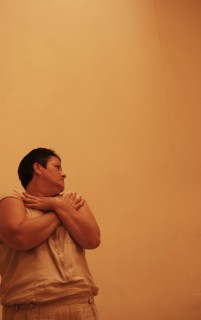 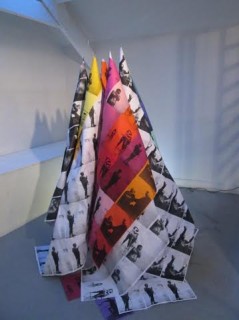 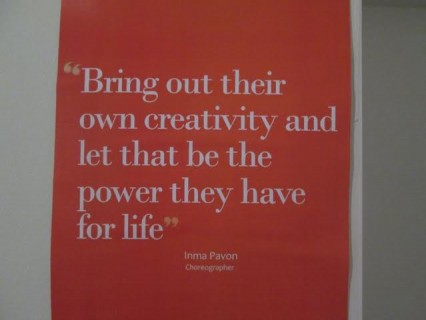 Connections is a dance project facilitated by choreographer Inma Pavon, and interactive artist Trevor Furlong, in collaboration with Headway Cork. Headway is the national support organisation for people affected by an acquired brain injury.

Connections was originally funded by the Arts Council and Cork County Arts Office in 2015, and partnered with the Firkin Crane Dance Theatre to produce a public performance. The project continues now with funding from the Cork Arts and Health Programme, HSE South.

The Connections project aims to use movement and bodywork alongside sound and visual technology to explore ideas of identity, self and perception.

For adults who suffer a brain injury, the adjustment to changes in the self can present challenges beyond the comprehension of the outside world. Often hidden, this process can be difficult to communicate verbally, leading to a lack of awareness and understanding from people around them.

The changes within a person who has a brain injury can also bring about feelings of disconnection as they fail to recognise their body and mind in the same way as they used to.

This project aims to give the participants the opportunity not only to express their story and journey to others, but to use dance to challenge their own perceptions of their changed selves in the world around them.

Through weekly devised and facilitated dance/movement improvisation sessions, we began collaboratively to research the original concept/idea emerging from participants' personal life experiences of living with acquired brain injuries and what it is like for them to go through their everyday life encounters.

We explored the above concept through a range of activities, such as a series of dance/movement workshops based on improvised dance technique, as a way for the participants to engage and to become familiar with their own physical being; thus, breaking down their idea of what dance is - which was based on the traditional idea of dancers being trained from an early age to learn dance steps choreographed to music. Through these chosen activities, we explored their own individual ways of dancing to their own inner rhythms, and made them aware of these other ways to dance which would be original and would translate their personal messages/stories as part of a final performance to an invited audience.

Examples of activities included participants spelling their names using different parts of their bodies to recreate the letters; this was one of German choreographer Pina Bausch’s exercises which she used with her company dance members when devising new dance theatre pieces.

The spelling activities formed the basic foundation from where the performers would begin to create their own dance sequences. These sequences would then be arranged in a more complex choreographic scale, such as making duets and ensemble pieces. All of the participants would then contribute to the creation of the final performance’s choreography - CONNECTIONS.

We also used activities in which participants were asked to write a piece of text based on their own brain condition/accident/experiences before and after the accident. The text was then used to write a group poem which was also used in a section of the spellings’ devising tool and as part of the visual art piece created by artist Trevor Furlong.

Using interactive media, I created movement-based musical/visual instruments for the Connections performance. To play these instruments, interaction is based entirely on motion in free space. Multiple participants can simultaneously interact with the instruments enabling group music-making.

The instrument’s design, focusing on interaction and immersion, stimulates the artistic personality in people who may not have this outlet for creation in everyday life. Interacting or playing with an instrument in whatever way your physical capabilities allow, bestows a greater opportunity for music-making. It was hoped that the instrument would ensure that people with difficulties in interacting with traditional instruments would be given opportunities to be an integral part in the making of a music performance.

The incorporation of dance, sound and visual representation helps to negate any possible motivation problems, which could discourage engagement. The performers commented that the visual and sonic backdrop helped to counteract any shyness and that they were more open to naturally dance; bypassing areas of deficiency. Confidence grew, having a positive effect on other areas of self, which continued in settings outside of the creative workshops.

The 2015 phase of the project culminated in an interactive dance performance at the Firkin Crane Dance Theatre in September 2015.

Lasting approximately twelve minutes, the performance wove together the choreography created by the dancers during their sessions with Inma, and the visuals and soundscape they developed with Trevor.

The performance sold out and was attended by an audience of 90 people, comprising family, friends, and the general public. A question and answer session, and food and drinks reception, followed the performance.

A video of the full performance can be viewed here: https://www.youtube.com/watch?v=BmqIh8qTxmY&feature=youtu.be

In December 2015, visual artist Carolyn Collier hosted an exhibition at the Triskel Arts Centre Cork in collaboration with Headway. Titled Re-Connected, the exhibition was a response to the Connections project, using Carolyn’s visual and verbal documentation of the Connections workshops to create a contemporary art piece.

In 2016, the Connections project has been working with film. The participants aim to produce a short contemporary dance film building on the themes they developed during the preparation for their initial performance.

The project was evaluated using qualitative information gathered from the participants during recorded interviews. An internal report was also compiled by Headway staff, and we have been invited to present the findings from the project at the IRC STEAM conference in Trinity College Dublin in September 2016.

It is safe to say that the biggest learning taken from the project evaluation is that the impact of Connections on everyone involved was more profound and widespread than even initially hoped.

From a rehabilitation perspective, the project participants reported, and were observed to show, improvements physically, cognitively and psychologically. Acquired brain injury can leave people with a wide range of challenges and difficulties. Sometimes these are easy to see, but often the most complex changes are below the surface. The participants in the Connections project are representative of a spectrum of common difficulties reported post-brain injury. These include communication disorders, physical paralysis, balance issues, poor short-term memory, attention, and information processing, emotional lability (poor mood control), fatigue and chronic anxiety. Throughout the project we saw improvements in almost all of these areas, especially in those with balance and hemi-paresis.

Following the September 2015 performance, we asked the participants to describe their experience of the project, and here is some of what they said:

'This is the first time since my brain injury that I learned and remembered something new. It feels amazing.'

'I'm so much stronger now. When I'm dancing my anxiety goes away.'

'You lose your friends after a brain injury. It's hard because they don't understand. But we understand each other, we can laugh as well as cry. We support each other.'

'I can't believe I did it. I didn't think people would understand what we were doing. But they were crying, in the audience, they cried. They got it. And we were just dancing.'

One of the participants, a woman who had a stroke almost five years ago, came in to Headway the Monday following the performance. She told us that on Saturday she went to the local shopping centre with her husband to do the grocery shop. She hasn't done that in five years. She leaves the house only when she has to, and avoids crowds. She does this because she has hemi-paresis and has always felt afraid and embarrassed. That Saturday though, something had changed. Two nights before, she had gotten up and performed her own choreography, with this new body she did not choose, and told her story without words in front of 90 people. Most of them strangers. In her own words, 'If I could do that, I can do anything.'

The 2015 phase of the Connections project was documented visually by artist Carolyn Collier. Carolyn attended the early workshops and journeyed with the group through to rehearsals and the main performance.

Using photography and video, Carolyn captured moments from the different stages of the project, tracking the creative evolution of the participants – individually, and as a group.

This documentation was presented as part of the Re-Connected exhibition at the Triskel Arts Centre in December 2015. Carolyn used a selection of the photographs to weave a visual sculpture that captured the dynamic movement of the project. Carolyn also pulled quotes from her interviews with the artists and participants to creates vibrant prints that hung on the walls alongside the sculpture.

This documentation was also disseminated in report form to the project funders – The Arts Council of Ireland and Cork County Arts Office.