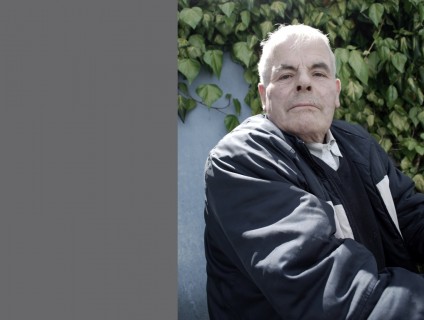 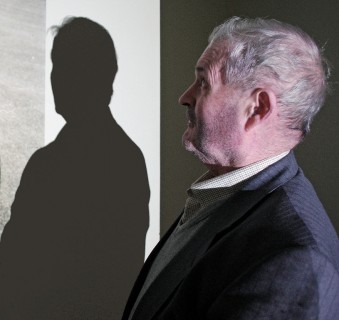 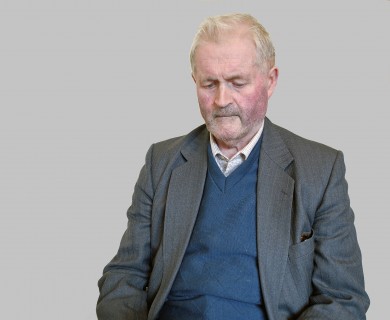 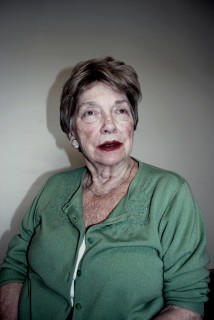 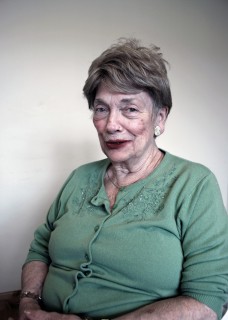 The project resulted in a series of audio-visual portraits of participants attending the Bandon Day Care Centre in County Cork and received commendation at an International Dementia & Arts Excellence Awards ceremony in Sydney, Australia in 2012.

The project aimed to provide a high quality arts experience, with a focus on individualised interactions for people with a diagnosis of Alzheimer’s.

Converging Lives explored the concept of ‘absence/presence’ and the relationship between absence and presence with the condition of Alzheimer’s.

There were four phases to the project:

The artists met the residents on a weekly basis, initially as a group through participative music sessions. The music sessions were comprised of singing familiar songs, musical improvisation and opportunities for using instruments, with staff also joining in the activities. There was a wide variety of responses from the residents: some people liked to sing only songs they knew, some were very keen to try instruments (a man with an interest in engineering was fascinated at how some of the instruments were constructed), while others preferred silence or individual interactions.

Later during the project, the artists met with the residents on a one-to-one basis in a quiet room at the back of Bandon Day Care Centre which allowed for audio recording and individual photographic portraits. The aim was to create individual audio-visual portraits that captured something of the ‘essence’ of the person.

The participatory sessions at the day care centre gave the artists the opportunity to observe and learn from each other's approaches as well as to incorporate this learning into their solo interactions with the residents. For example, Marie's use of objects to inspire memories and conversation informed Kevin's practice in relation to individuals' memories around music and its place in the residents' lives.

The process was integral to the work produced and the audio-visual portraits could not have been created without the artists and the participants having had the opportunity to spend a significant amount of time working together. An intrinsic part of the project was staff involvement, both practically, during activities, and by means of family liaison. Additionally, the steering group offered advice and support to the two artists during all stages of the project.

The steering group staff members, comprising Jo Calnan and Jon Hinchliffe of The Alzheimer Society of Ireland, Julie Murphy and Aidan Warner of the HSE Cork Arts and Health Programme, and Justine Foster of West Cork Arts Centre, met with the artists at regular intervals to review and evaluate the project both in progress and as an outcome.

The artists Marie Brett and Kevin O’Shanahan each kept personal reflective journals and used them throughout the planning, delivery and production stages of the project. The artists also wrote a summary review and evaluation of the project from their individual perspectives.

Participants’ family members/carers were asked for their feedback during a closing event, and also through phone discussions and written questionnaires, which nurse Jo Calnan coordinated. This feedback was brought to the steering group meetings for analysis. Of the 12 questionnaires distributed, 11 were returned completed. Nine out of the 11 families who responded agreed to the DVD portraits being shared in public and also indicated their willingness for family members attending the day care centre to be involved in a future arts and health project.

Julie Murphy (HSE Cork Arts and Health Programme) is currently working on a process review of the project with a particular focus on the infrastructure required for a project like this to work well.

Twelve audio-visual artwork videos were produced and individual DVD copies were given to participants with an accompanying photographic portrait.

The project had a closing celebration with participants, carers, staff, artists and project partners at which the artworks were distributed. Some families have sent copies of the individual portraits to family members living abroad and one family included the portrait as part of the funeral ceremony of one of the participants who passed away shortly after the project concluded.

The viability of the project was contingent on the close co-operation and support of the Alzheimer Society of Ireland and HSE Cork Arts and Health Programme. A feature of Alzheimer’s is the progressive decline of cognitive abilities in ways that make verbal communication in relation to the present time difficult and often impossible. The artists were guided by the recommendations of the ASI/CAHP to ensure that the project operated from a sound ethical basis as informed consent from individual participants was not possible. Jo Calnan and Jon Hinchcliffe of ASI liaised with all the individuals, their families and staff and written consent was received from each participating family. The artists were aware of individuals' diffficulties with verbal communication and if any person did not wish to engage with the music and visual based activities on a weekly basis they were under no obligation to do so.

Kevin O'Shanahan said: 'More than music and health practice in other settings that I work in, activities do not go to plan and it is key to respond to what happens on the day. It is difficult to return to a topic or activity from one week to the next and so the work becomes about the "now" which is both a challenge but can also be very inspiring and resonates with free musical improvisation which also focuses on the "now".'

'A particular response that stood out for me was when I sang "The Galway Shawl" for a woman and she appeared not to know the song. She initially began to sing softly and with more vigour as the song progressed. By the time we finished singing together, she had taken over the lead and I was accompanying her. She turned to me and said “Who taught me that song? I did not know it until today”. I could see that she had surprised herself by singing a song that was buried deep in her memory and she seemed proud that she could perform it as beautifully as she did. This interaction encapsulates for me the power of music to bring people from an isolated world into a world that they can share with others.'

Due to the cognitive impairment issues experienced by participants, families and staff were asked to contribute their observations on the impact of the project on their clients and relatives who participated in the project.

Written comments received from family members on the conclusion of the project include:

‘The content [on the portrait DVD] was a “surprise”. C was more articulate on the DVD than usual.’

‘I was both happy and sad to see how G is. I have been unable to get the same responses from him.’

‘Wasn’t the person I knew in the past. Difficult viewing for my sons.’

Nurse co-ordinator Jo Calnan remarked that from her perspective the project opened doors for individuals irrespective of their health status and it allowed clients time to connect with the artists, which was beneficial in terms of social connection.

Marie and Kevin said about the project: ‘For us as artists, the project presented very distinctive challenges, as people with Alzheimer’s and Dementia communicate, think and relate in ways that stretched us out of our comfort zone.  We realized that nothing can be taken for granted and great care and attention had to be given throughout the project to ensure people were properly honoured and recognized, while paying attention to the artistic endeavour of creating authentic responses and producing artwork with integrity.’

The Alzheimer Society of Ireland submitted three of the artwork portraits to an International Dementia & Arts Excellence Awards competition. The work was shortlisted and received commendation at the awards ceremony in Sydney, Australia in 2012.

With support from the Arts Council through the Create Artist in the Community Scheme Award (Research and Development Phase), Marie and Kevin collaborated with film-maker, Chris Cullen of Epic productions, in Cork, to complete an edited version of Converging Lives.