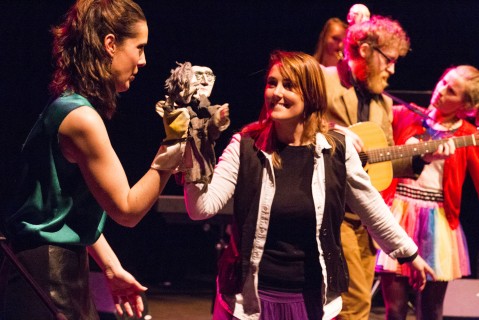 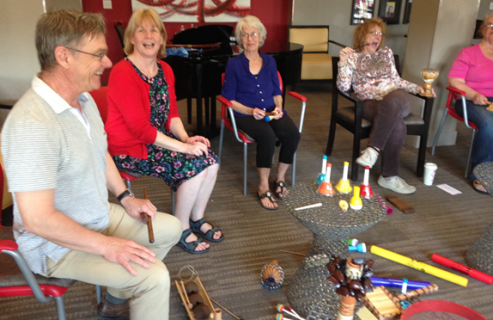 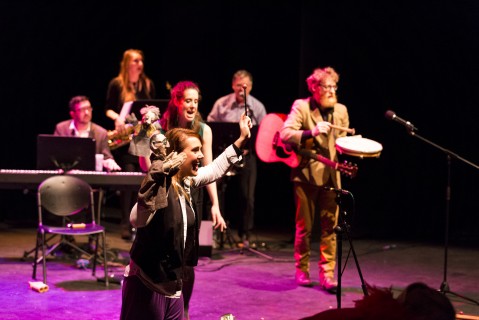 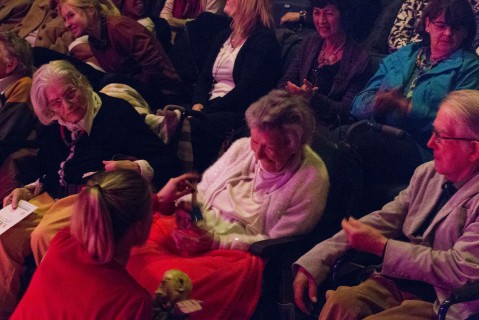 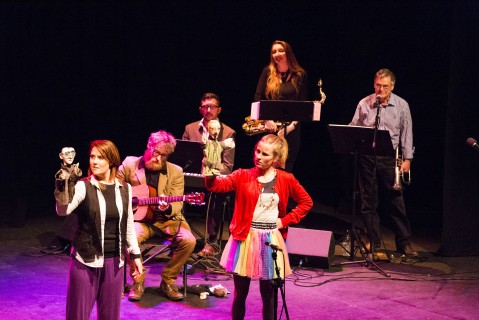 The Lifesongs project aims to bring to life memories, reflections and feelings of older people through a combination of theatre, humour, spontaneous music-making and songwriting.

Since January 2014, Klawitter Theatre Group’s Hedda Kaphengst and Rod Paton, founder and director of Lifemusic, have been running regular workshops and performances in selected care homes. The project confronts issues involved in the aging process touching on meaning, significance, memory and loss.

In 2014, Hedda Kaphengst and Rod Paton ran a series of Lifemusic workshops in three care homes in Bray and Wicklow. The Lifemusic method was developed by Dr. Paton and follows these principles to unlock the musical potential in participants:

Everyone is musical.
There are no wrong notes in music.
Every sound has a meaning.
Making music is an act of trust.

The number of participants in the workshops was between 12 and 20. Stories that emerged during the music-making were noted down and formed the basis for the lyrics of the songs written for residents. A workshop performance in the theatre of Mermaid Arts Centre, Bray was presented to participating residents, care staff and relatives. The Lifesongs project is still ongoing and develops in different stages. Stage 3 has been completed.

From January to April 2014, Hedda and Rod conducted 12 musical performances in three nursing homes followed by 21 Lifemusic workshops from May to December 2014 facilitated by Rod and assisted by Hedda.

Klawitter conducted a workshop performance at Mermaid Arts Centre, Bray in November 2014 as part of ‘Yarn - the Bray Festival of Story and Song’. The experimental performance was attended by an audience of over 100 people consisting of nursing home residents, care staff and relatives. The show was intended to present the realities of later life through creative exploration of narratives as they were recalled and re-imagined by the actors through improvisation. The performance included an element of audience participation using percussion instruments.

Eight songs were written based on stories told by residents in the care homes involved. Five of those were included in the workshop performance.

Rod, Hedda and pianist Darren Baird returned to the care homes with four musical performances of all eight songs. These performances included audience participation such as dancing, singing and playing percussion. Two full days of Lifemusic workshops were facilitated for the workshop performance team including actors and musicians.

In January 2015, Lifemusic workshops were facilitated by Rod and Hedda in four senior artist colonies in Los Angeles followed by performances of the songs written.

The outcomes of the project were conducted by an independent evaluator. The final report was shared with community and academic partners as well as funders and can be accessed here.

"Dear Hedda and Rod, Thank you for composing the beautiful song ‘The lost child’ in memory of Maura being lost in March 1924 when she was two and a half years old. You have brought a lot of joy to Maura and her family. With every good wish and gratitude. Maura (the lost child), Renee, Eugenie and Annette.”
- Maura Kelly, a resident at Belmont House and her family

“I feel this is giving me something, I feel it in my heart but can’t put it into words.”
- Wilma, a resident at Kinvara House after a Lifemusic session

“At first I thought it was weird, but I really got into it. The music that came out was really good”
- A male resident at Kinvara House

"I found the lifemusic workshop with Rod an amazing experience for me as a person as well as a performer."
"For me it was an honour to hear the stories of Maureen, Maura, Helena, Ralph and Glady and it was very special to sing their stories/songs in front of them".
- Aoife Moore, singer and actor

“I thought it was so rewarding seeing and hearing the feedback from all the women and how they felt about the show. I know that certain people in the third and fourth row were missing out and didn't get instruments so maybe if each person before the performance is given something before the show, so nobody is left out."
- Jessica Plunkett, actor, on the performance workshop at Mermaid Arts Centre

The evaluation report on the Lifesongs project can be accessed here: http://www.artsandhealth.ie/wp-content/uploads/2015/05/Lifesongs-Project-Evaluation.docx

An evaluation report specifically on Klawitter’s work can be found here: http://www.theatregroup.ie/images/Klawitter_Giving_Nnursing_Home_Residents_a_Voice_2014.pdf