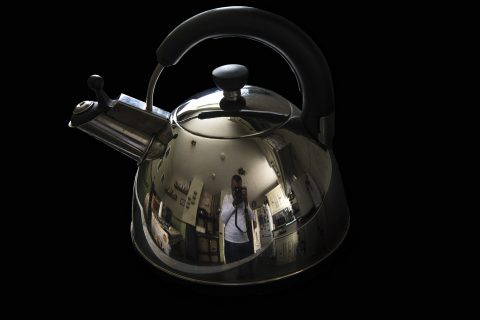 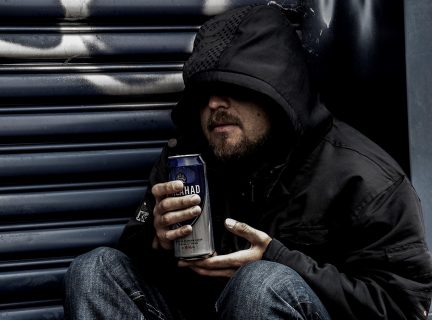 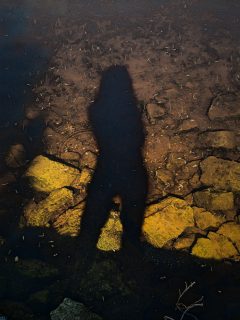 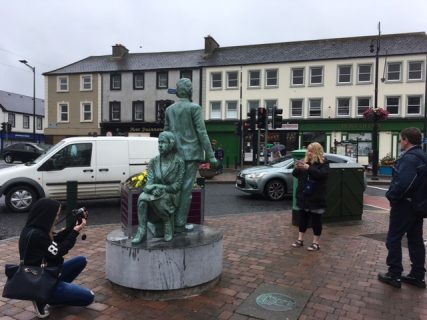 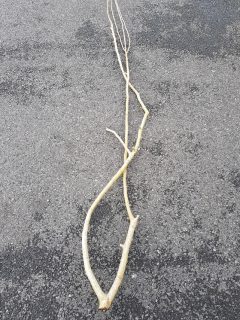 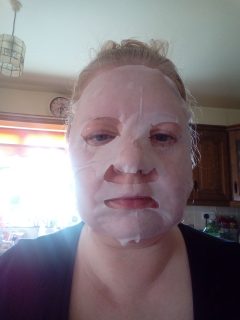 PHOTOVOICES is a collaborative arts project examining through the camera lens the lived experiences of mental health in the Midlands of Ireland in 2017.

The participants comprised mental health service users from Mullingar and Longford, service users from the Child and Adolescent Mental Health Services (CAMHS) and staff and volunteers from Mullingar Mental Health Services. All participants worked on a set of themes devised by the artist, based on her previous work which explored attitudes towards mental health in local midland communities. Each participant interpreted these themes as they related to themselves, producing images that expressed their own personal experiences.

PHOTOVOICES uses the camera lens as a means of both artistic expression and social engagement through which to examine the experience of mental health.

Artist Rosaleen Heavin in her previous work explored past attitudes to mental health, expressing through image traces of people who lived whole lives within the walls of a local psychiatric hospital. Developing on this work in collaboration with Mullingar Mental Health Association, she ran a series of workshops addressing attitudes to mental health in 2016. Through these workshops, the idea for a project evolved which would reflect lived experiences and present them to the public. The project was supported by Mullingar / Longford Occupational Therapy Services and Mullingar Mental Health Services who invited Occupational Therapy service users to take part.

The first meeting with interested participants explored concepts, aims and proposed activities for the group. The concept of using photography to express an idea through image was discussed, with the artist using her previous work as an example. A brief discussion around composition and how to use the camera ensued, but it was emphasised that technical knowledge was not essential; what was important was that their voice was reflected through the image.

This was followed by a warm up exercise. Participants went out and took photos of objects and scenes which expressed 'how I feel today.' They were encouraged to use their own cameras or mobile phones but cameras were available to people who needed them. At the end of the session, there was discussion around the images produced, what they reflected for individuals, and how each person might develop their own work throughout the weeks.

Twenty-three participants worked in three separate groups, over a six-week period, exploring a different theme each week. Themes included 'Living with Mental Illness,' 'Exploring the Selfie,' 'How I feel I am viewed by my community,' and 'Have attitudes to mental health changed?'

Participants were encouraged to take photos between sessions over the course of the six weeks, using the weekly themes, and keep their own reflective journal around the experience and what the images meant to them. Given the subjective nature of images, participants were asked to caption their images in six words or less to convey their message.

There were two adult groups and one adolescent group. Though all groups had the same weekly themes, the adolescent group worked more on personal experiences of their own mental health, whereas the other groups had more experience of community attitudes and stigma. These differences were evident when images were grouped under the different themes.

At the end of the six-week sessions, the photographs were printed and participants were involved in choosing the final images for the exhibition.

All participants produced a body of work over the six weeks which was personal to their experience yet worked with the weekly themes. For example, 'Prisoner Inside Your Head' speaks of a struggle with depression and the difficulty in opening up about it to other people. 'Tourists in Our Own Town' expresses how a person with mental illness feels within their own community, on the outside, regarded as different and not quite fitting in. 'Shadow in Everyone's Light' is an image by a young participant from the CAMHS group: she feels she is the shadow in the light of her family, everyone else is fine, she is the problem one.

The final images were exhibited in The Atrium, Mullingar to coincide with Mental Health Week 2017, with a public opening attended by approximately 100 people. The official opening was performed by Martin Rogan, CEO of Mental Health Ireland.

The work was evaluated using qualitative methods and the artist’s reflective journal. There were weekly feedback sessions between facilitators and the artist, and feedback was invited from participants on an ongoing basis. A published report is currently being compiled.

The biggest challenge for me as an artist but also a former mental health nurse was to negotiate a path away from the therapeutic and into the artistic. At times a session could veer towards group therapy, especially when discussing images produced which expressed very personal feelings reflecting the participants' own mental health issues. This was dealt with by steering the focus back to the images and what they expressed.

Perceived attitudes towards mental illness were also an issue. One group did not want to go out on public field work as they felt they would stand out as the ‘mental health group.’ This was negotiated by encouraging participants to do solo work outside the group but in keeping with the themes, and using props and other material in the group venue.

Though the project did not have a therapeutic focus, it did have therapeutic benefits. All participants reported an increase in self-confidence and a realization that self-expression comes in many forms.

Four participants will now go on to join voluntary groups in their own community dealing with mental health issues.

One participant developed strategies using image to overcome their agoraphobia.

Another participant will be getting a camera for Christmas and working with a local photographer at weekends.

‘It came at a time when I was in a dark place. I used to do photography, but this project gave me back the joy and took me out of that dark place.’ - Participant

Though the aim was to express the realities of mental illness through the camera lens, this project had huge benefits beyond this, with both staff and participants requesting to develop on this work. It was felt by stakeholders that this work should be extended to other areas within the mental health services. Apart from the artistic output, it was felt there were therapeutic benefits, both as a method of nonverbal communication and as a confidence builder which would benefit many service users.

Overall the feedback showed that the project gave people with mental illness a voice, expressing in a very powerful way their lived experiences.