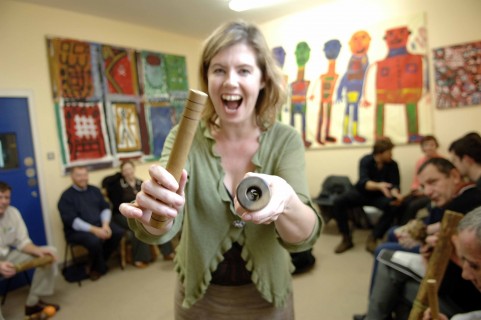 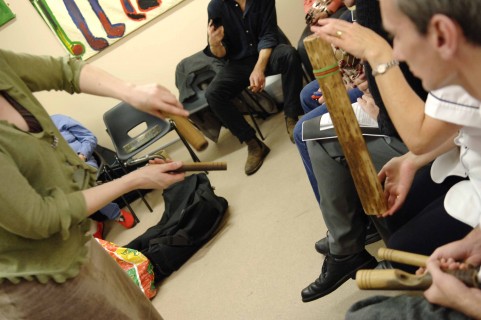 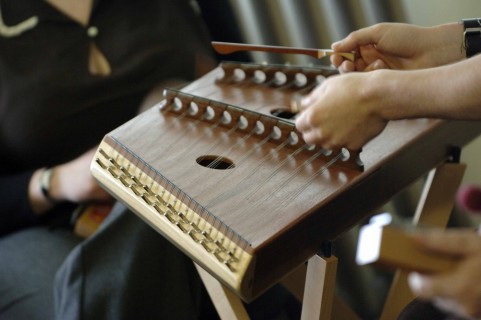 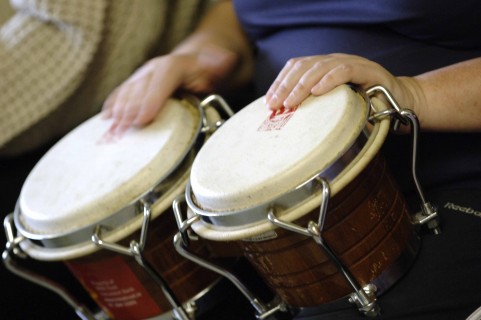 Music Network participated in the development of a European Music in Healthcare Settings Training Programme with Musique et Santé, France; the Royal Northern College of Music, Manchester, UK; and The Academy of Music, Krakow, Poland.

The programme provided 14 musicians (four Irish, four Polish, four Britons and four French) with training in music in healthcare settings. The training took place over a series of five week-long sessions in Paris, Manchester, Dublin and Krakow between October 2009 and May 2010. Training was provided by experienced practitioners from Musique et Santé and the project was funded by the Leonardo da Vinci Life Long Learning Fund of the European Union.

The programme aimed to provide professional musicians from each of the participating countries with the opportunity to acquire appropriate skills and experiences necessary for effective work in a range of healthcare contexts. The intercultural dimension of the training programme brought an additional challenge to the work but also framed the training within an international context and developed an international network for the trainees involved that has survived beyond the lifetime of the programme.

Each of the training weeks consisted of a series of preparatory workshops and ‘on-ward’ experiences. The preparatory workshops addressed artistic issues such as repertoire, improvisation, working solo/ensemble. The workshops also addressed issues such as environmental/spatial awareness, ethics, the importance of the relationship with healthcare staff, discussion and responses to articles and publications designed to encourage trainees to explore the area of music and health.

In Dublin, Music Network partnered with St James’s Hospital where the musicians trained in the Haematology /Oncology Day Care Clinic, the Department of Medicine for the Elderly and the Department of Psychiatry (Jonathan Swift Ward). The partnership involved healthcare professionals in the preparation, delivery and evaluation of the training sessions.

The training week in Manchester took place at the Royal Manchester Children’s Hospital, while in Krakow the ‘on-ward’ experiences took place at the Bonefratres Hospital that specialises in cardiology.  In Paris, the trainees observed the Musique et Santé practitioners at work in the pedo-oncology and neonatal departments of the Robert Dubré Hospital.

The project was evaluated through feedback, observation and discussion.

All of the information and documentation gathered during the debriefing sessions contributed to interim and final reports required by the European Union.

The trainees involved have continued to develop their work in music and health, exploring new areas of work and working in a broader range of healthcare contexts. The partnership with St James’s Hospital provided an introduction to music in healthcare settings for some units and developed the possibilities of the practice in others. Finally, the programme was effective in providing professional development for musicians working in healthcare contexts.