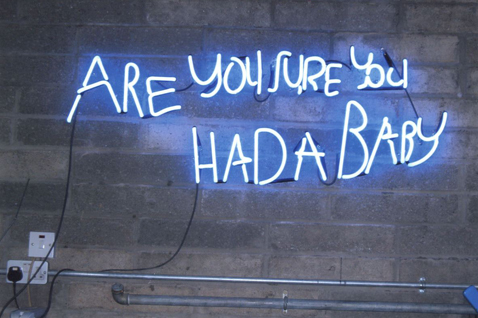 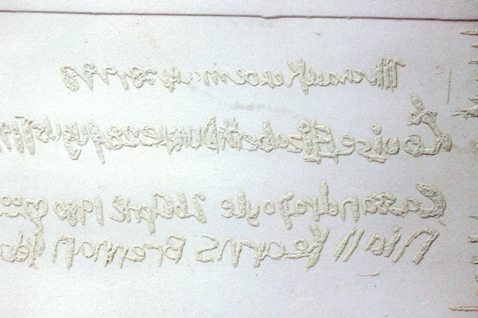 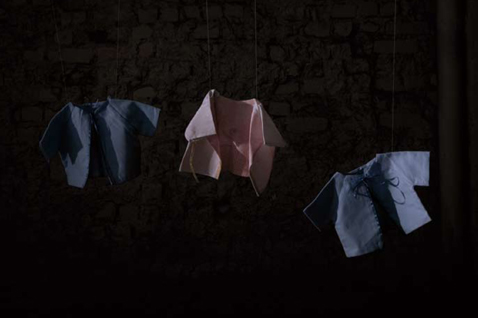 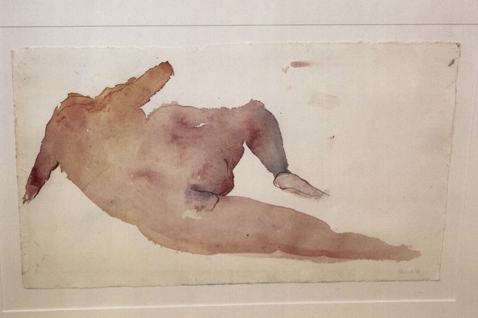 The Green Room Project was an arts-based research project. The artist, Pauline Keena, collaborated with a group of mothers, all of whom had the experience of losing a baby in the neo-natal period, to create an exhibition that reflected and was informed by the experience of embodied grief and the language of loss in the body.

The project aimed to explore the vocabulary of the bereaved mother whose baby has died, by creating visibility around the presence and process of her grief as embodied state, how that grief might be available to look at, and to consider how it might be transformed in that observation and engagement. It also aimed to explore how physical and conceptual structures could become established within the physicalness of grief and could be languaged through artmaking into a vocabulary specific to the mother’s body. In this way a certain mapping of the maternal imaginary could be materialised into an artmaking that arises out of and is informed by the process of grief.

Participating mothers volunteered to be part of the project in response to a notice placed by the artist in ISANDS magazine. A plan of work and a work schedule was established according to the needs, sensitivities and circumstances of the participants. Workshops took place at the hospital where an artist’s studio was set up at the hospital.

A weekly collaborative interaction became established between the artist and the mothers where concepts, memories and emotions were investigated through painstaking consideration of methods, materials and processes including drawing, sculpture, stained glass, and textiles.

The context and theoretical underpinnings for the artist’s approach is the work of Julia Kristeva particularly her ideas on the maternal, the mother’s body, language in the maternal body and the materiality of language.

The artist was working part-time as a midwife at the Rotunda Hospital while carrying out this project.

The artist and participants maintained artists’ reflective journals throughout the project.

The artist received many letters from mothers in Ireland and abroad, some of whom had lost babies themselves, speaking of how much this work had helped them. Individual participants had a very powerful and unique experience and some of these are described in The Green Room Project catalogue.

The work was presented at an exhibition at the Rotunda Hospital which was accompanied by a catalogue which features an essay by Professor Timothy Emlyn Jones. The exhibition moved to the educational section of the Hugh Lane Gallery where the work was shown for three weeks.

The exhibition was reviewed by the Irish Times, the RTE Arts radio show, and on television.

Four mothers who had lost a baby in the neo-natal period.