Professor Anna Furse, theatre maker and practising academic, reflects on the personal circumstances that have led to a series of projects interrogating the ‘medical gaze’ and how the body, particularly the woman’s body, becomes spectacular through this gaze.

The Theatre of our Bodies assembles all that fascinates me about how our bodies - alive and/or dead - express, revolt from, perform in and respond to what Michel Foucault has called the ‘medical gaze’.

In 1995, I gave birth to a baby girl through IVF. I was 42, with a 3% success prognosis. The experience interrupted my career as a theatre director. Then, like all mothering, it changed my life. But the crucial shift of consciousness in that rollercoaster ride was beginning to grasp both the level of public misunderstanding of medical science, and the significance of imaging. One of the privileges of IVF is that you get many images of your baby’s development, from a 48-hour old pre-embryo through to repeated ultrasound scans. The effect of these was profound. Seeing my potential baby’s first image became a talisman that I irrationally tucked in my underwear as if some voodoo magic might make her grow inside. Meanwhile, Reproduction Technologies were being sensationalised in the media. Confusion was rife between cloning and IVF, with terms such as ‘designer babies’ adding to prejudice. I decided to devote myself to addressing this.

I wrote the first user-perspective book The Infertility Companion (Thorsons). A Wellcome Trust People Award then launched a 10-year project The Art of A.R.T., to include live productions, a BBC radio drama, a children’s puppetry play and an installation. One of these, GlassBody, Reflecting on Becoming Transparent, was commissioned by the Chelsea and Westminster Hospital Arts project.[1] For this, we built an egg-shaped pod in the atrium to host 16 people at a time in an intimate immersive experience. Performed by dancer Marie Gabrielle Rotie, with triplicate video projection by Lucy Cash and sound score by Graeme Miller, the piece meditated on imaging technologies as applied to reproduction, exploring spectators’ awareness/ignorance of their anatomy. Again, as revealed in the post-performance interactive digital Reproductive Toy, public ignorance proved rife.

The Art of A.R.T. led me back to my earlier work on 19th century hysteria in Paris when photography was first used to document hysterics at the Salpêtrière Hospital [2], to reconsider the question of how art and medicine have overlapped throughout history. Image-making of the human body, whether line-drawing, oil painting, photography, film, or the array of contemporary imaging technologies, not only reflects scientific discovery, but speaks volumes of these representations’ cultural context. A medical image may also be a cultural object. 3D/4D foetal imaging is, for example, a mediated process that, aside from providing the expert with tools for observation, aestheticises the baby in utero. Complex ideas cluster around foetal imagery. The image itself can become a political envoy.

My current The Theatre of Our Bodies overarches several projects. Anna Furse Performs an Anatomy Act, a Show and Tell is a lecture performance that starts with where Glassbody ended: Rembrandt’s The Anatomy Lesson of Dr Nicolaes Tulp (1632), a painting replete with moral message about corpse and corporal punishment at the time. I contemplate our relationship to the opened, parsed, spectacular body, from the Renaissance Anatomy Theatre to today, inviting the audience to reflect on commonplace anxiety about our visceral interiors, and to confront the taboo subject of the cadaver and its status in past and present society. The woman’s body continues to occupy a central role in my reflection. I take the audience on an imaginative journey that includes Elizabeth I – whose virgin body she displayed in court with upper body nudity – and Lady Gaga, whose ‘meat dress’ was in fact a protest against the removal of civil rights in the military. Other women who come into play in this piece are the mythological figure of Medusa, and the singer Kathleen Ferrier, who died of cancer at a young age, singing Mahler’s Das Lied von der Erde, a Kaddish composed to ancient Chinese poems, when she knew she was dying. I also speak of Mahler’s ex-wife Alma, whose jilted lover made a life-size doll of her that he ceremoniously doused in wine and beheaded at a party. The figure of a dead woman, whether cadaver or hyper life-like wax model (doll), is a cultural fetish that invites the male gaze, erotic and/or misogynistic.

The Anatomy Act was commissioned by Create’s CAPP (Collaborative Art Partnership Programme)[3] which focuses on arts and social engagement. My engagement was with medical professionals. I researched in Dublin with Trinity College Hospital Anatomy Department. Due to ethical issues, my hope to attend anatomy lessons proved impossible, and I was diverted to two inspirational women, Philomena McAtee and Siobhan Ward, who run the Hospital Donor Scheme. Theirs is a uniquely tender approach to death and body donation, captured in the TV documentary A Parting Gift. Meanwhile, the Department of Anatomy at King’s College, London invited me to their Summer School. I observed students going from their very first, awed, handling of a dead head, to becoming breezily confident in their scalpel probings into the structure of the human face. One day the tutor was harvesting the brain. She passed me the drill. The obdurate thickness of the skull was a haptic shock: the surprise sensation of how the body is constructed to endure, protect and withstand external threat.

I am currently commissioned by Create to extend The Anatomy Act by publishing an interactive Digital Artwork I’m Not a Piece of Meat (June 2018) that will capture the archive of the theatre production, my research questions, and an archive of the Wellcome-funded interdisciplinary talks series I co-curated, [4] Interiority: Reflecting on the Inward Gaze (September 2017). This brought cultural critics, anatomists, surgeons and artists into dialogue on how we imagine what goes on inside our Selves.

The Theatre of our Bodies assembles all that fascinates me about how our bodies – alive and/or dead – express, revolt from, perform in and respond to what Michel Foucault has called the ‘medical gaze’. I am particularly aware of how this gaze has fixed women with its live or prosthetic eye, and the power relations involved between professional medic and patient. For women, it is vital to be an active patient, informed and articulate. I truly believe that if I had not educated and asserted myself at the time of my fertility treatment my baby would never have been born. In May 2018, she, now 22, and I have been invited to contribute a dialogue to the Fertility Fest [5] at the Bush Theatre in London. The story – reflecting on medical matters through my creative practice – continues. 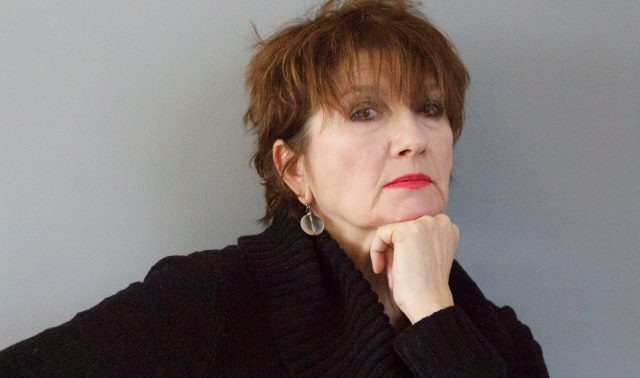 A 20-year career as an award-winning director and writer of over 50 international touring productions includes Artistic Direction of Paines Plough (1990-1995) with whom Anna pioneered new writing dramaturgies. Her works since her full-time academic career have delved into eating disorders, hysterias, (sub)fertility and reproduction, anatomy, and the woman’s presence in the medical gaze, funded by the Wellcome Trust and Arts Council England. Her current project ‘The Theatre of Our Bodies’ includes ‘Anna Furse Performs an Anatomy Act: a show and tell’, an interdisciplinary talks series ‘Interiorities’, co-curated with Dawn Kemp, Director of Museums and Archives, Royal College of Surgeons (2017), and a digital publication I’m Not a Piece of Meat (2018), commissioned by CREATE (the national development agency for collaborative arts in Ireland) and CAPP (Collaborative Art Partnership Programme).

At Goldsmiths, University of London, Anna co-directs The Centre of the Body. A frequent international conference speaker and workshop leader, her publications include chapters, several plays, and an anthology she edited, Theatre in Pieces: Poetics, Politics and Interdisciplinary Collaboration (Methuen 2011).

[2] In November 2018, to commemorate Armistice Day, I shall be working on a new production on shell shocked (male hysteria) WW1 poets Wilfred Owen and Siegfried Sassoon who were treated by the psychiatrist Rivers at the Craiglockhart asylum in Edinburgh.

[3] A transnational programme that is co-funded by the Creative Europe Programme of the European Union. www.cappnetwork.com

[4] With Dawn Kemp, Director of Museums and Archives, The Royal College of Surgeons, at the Old Operating Theatre Museum and Freud Museum in London.